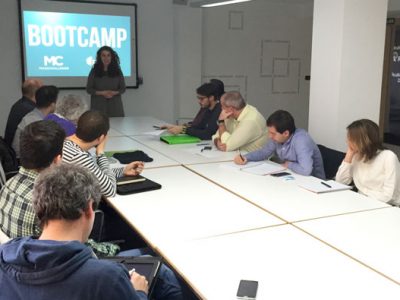 ARIADNA Grid among the winner of MassChallenge-Biscay

ARIADNA Grid among the winner of the MassChallenge-Biscay competition for startups.

Names of the 10 winners of  MassChallenge-Biscay competition for startups are already known. The winners will travel to Boston in the early March. There they will receive MassChallenge’s acceleration services, thanks to the agreement signed between the accelerator and Biscay’s goverment.

55 startups from Biscay have participated in the MassChallenge-Biscay competition. 20 of them passed to a second phase and 10 to the final phase, which will allow them to travel to Boston during the following days, in order to follow up acceleration dynamics during one week. ARIADNA Grid is among the selected companies.

After staying in Boston, 3 selected startups from Biscay will compete in a Semi-Final along with other 299 startups all over the world. Finally, 128 finalist will be participants of 4 month acceleration process.

For more information about this program in Boston: MC Boston.